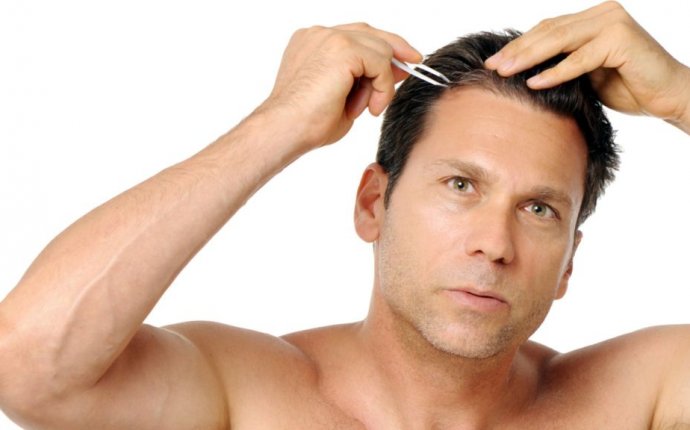 Does Hair Grow Back Thicker After Plucking

We don't know who started the rumour that hair grows back thicker if you shave it off, but mothers have been using it to dissuade daughters from shaving their legs too early for far too long. Whenever scientists put this to the test, they find that hair regrowth is in no way affected by shaving, or any other type of hair removal.

So why does the myth persist? The most obvious answer involves the shape of our hair - these keratinous protein filaments sticking out all over the body have tapered ends. Stubble from shaving creates blunt ends that feel coarser to the touch, but as the hair grows out, the end tapers once again.

This is why two-day-old stubble feels scratchier than a two-week-old beard, and why you might be tricked into thinking that shaving actually produces thicker hair.

"Women shave their legs all the time. They would be like gorillas if the hair was coming back thicker or darker, " dermatologist Amy McMichael tells Dina Fine Maron at Scientific American. "Plus we would never have to think about hair loss on our heads if cutting the hair shaft would make it come back thicker."

But don't just take a dermatologist's word for it. In 2007 a pair of doctors dispelled a handful of medical myths in The British Medical Journal, and one of them was about hair regrowth.

"As early as 1928, a clinical trial showed that shaving had no effect on hair growth, " they wrote. "More recent studies confirm that shaving does not affect the thickness or rate of hair regrowth. In addition, shaving removes the dead portion of hair, not the living section lying below the skin’s surface, so it is unlikely to affect the rate or type of growth."

There's only one plausible exception to this - puberty. When boys first start shaving, the hair might gradually come back thicker, however that's got nothing to do with shaving itself. Instead, the teenage hormonal fluctuations influence hair thickness and other attributes.

Now, you might have also heard opposite claims. People peddling tubs of hot, painful wax in the name of fashion will often claim that after waxing, hair grows back sparser and thinner. But as physician Michael Vagg writes over at The Conversation, that's also a trick of perception: "Plucking and waxing removes the hair from the follicle at the base, meaning it will take a bit longer to regenerate and will come out with a tapered end rather than a blunt one."

"There is evidence that repeated waxing may eventually damage the follicle enough to prevent it reproducing hair - but that would take years, " science reporter Paul Willis explains on Catalyst, after putting waxed and shaved hair myths to the test.

RT @PassionCaptive: Why does armpit hair grow back so fast? Before I lift the razor to shave the other armpit, the first one grew back.