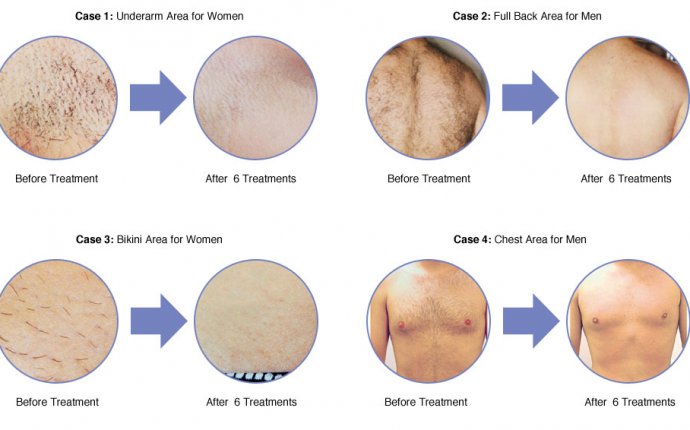 I was sick of having furry calves in July. Several years ago I decided to stop shaving my legs and switched to waxing. (Note to readers: If this is already too much information, this article is probably not for you.) My lower legs did not respond well to shaving, I got terrible ingrown hairs and the little red bumps that formed were constantly itchy. Obviously shaving was an extreme irritant so either I had to resign myself to a life of ingrown, itchy hairs, or I could switch to waxing. Waxing your legs is wonderful—for three days. Then the hair begins to creep back in and you are stuck with it for at least two weeks, three if you want it to be even more efficient. At the end of last summer, I put my furry foot down. No more of this back-and-forth business, I decided. It was time to look into a more permanent option.

I remember first hearing about laser hair removal years ago when people were first talking about it and thinking, “Eek, that sounds risky, I’m going to wait and see if this goes the way of the LaserDisc or more the DVD.” Basically I wanted to make sure it was legit and worth the time, pain, and cost. Five or more years later I feel confident that laser hair removal has legs and that it is the right decision for mine. The way laser hair removal works, I discover in my research, is that pulses of highly concentrated light are emitted from the laser into the hair follicles. The pigment in the follicles absorbs the light and that destroys the hair. When I read that about 90 percent of laser hair removal patients who are good candidates for the procedure report permanent hair loss after an average of three to six sessions, I am sold. “Chewbacca be gone, ” I vow to myself. “Next year, I am getting my legs lasered.”

My interest was particularly piqued by the spate of at-home laser treatments recently on the market. Could it be that easy? After investigating several of the leading brands, impressively named the Tria 4X, Silk’n Flash&Go 5K, and the IluminageTOUCH, I discovered the unique appeal of each. The Tria, which is magenta and looks like the female answer to Wall-E’s prayers, promises better results in half the time and a nifty digital display, while the Silk’n has a spectacular contraction for a name and claims to provide increased efficacy from its previous iteration. The Iluminage features a larger laser head which zaps more than one hair at a time, creating a less tedious experience and is approved for a wider range of skin tones—traditionally lasers do not cater to darker skin tones or lighter hair hues as the melanin in darker skin detracts the ray from reaching the follicle, while lighter hair doesn’t have enough pigmentation to be detected.

But while the convenience of zapping away on my couch while watching Law & Order: SVU was seductive, none seemed quite right. I can barely operate my electric kettle—should I really be handling a laser? Board-certified dermatologist Jessica Weiser, M.D., who I eventually approached, is also dubious about the at-home models. “I advise caution because they’re supposed to be much less intense than in office lasers but in the wrong hands you can probably do some serious damage if you’re double- or- triple pulsing areas that you shouldn’t be, ” she tells me. “Typically people at home tend to be aggressive with themselves because they think that they can get a faster, better result without realizing potential consequences.”

I opt instead for the New York Dermatology Group, where Weiser specializes in medical, surgical, and cosmetic dermatology. When I call for an appointment, I learned that in order to have bikini-worthy legs by Memorial Day I would need to start the laser process in peak tights-and-boots weather. So I head down to their Flatiron offices in the dead of winter for my first of six appointments—six, explains Dr. Weiser, to accommodate the hair’s growth cycles. “Hairs have a growth phase and also a resting and a falling-out phase, ” she says. “Some of the hairs are not there right now because they are in the rest phase and not every hair will respond to the pulses.” Hence the need for multiple sessions, spaced about one month apart, the typical length of a hair-growth cycle.

I arrive at their office, a wide-open space with pale pine floors, and am shown to Dr. Weiser’s patient room. Outside the interminable winter persists but I am suddenly imagining sand and saltwater and fuzz-free calves. Then, breaking the spell, Dr. Weiser asks if my legs are shaven.

“No!” I reply proudly, excited to show her that I wax instead. For some reason I am convinced this will impress her.

When I protest, reminding her that I wax, rather than shave, she corrects me. “Yes, ” she says, “but I need the legs to be clean-shaven for the laser so I have to shave them now.”

Well, there goes three years of waxing down the drain. I feel like an addict being forced off the wagon. For the next six months of my laser treatment, I begrudgingly shave my legs.

I am next instructed to put on a pair of bottle-green goggles while Dr. Weiser rubs ultrasound gel on my calves. Before we begin, she shares with me the one description of laser hair removal I have heard before: “It feels like a rubber band being flicked against your skin multiple times.” I grew up an only child so I don’t know what this feels like—apparently this is a popular form of sibling torture—but it doesn’t sound all that bad to me.

Either I am wrong, or my pain threshold is incredibly low, because I find laser hair removal excruciatingly uncomfortable. In fact, I start to think, I would take a flick of a rubber band any day over the repeated burning zap of the laser. The laser is extremely hot—duh, that’s the point—but I hadn’t thought about what that might feel like; after the first few zaps, I squirm so much Dr. Weiser has to stop. It feels like someone is taking a lit match to my leg and holding it up close. My body’s natural instinct is to get far away from the burning sensation but that would mean rolling off the medical table onto the floor. I realize I have to push past the feeling that I am being singed and just let it happen. The darker the hair, the coarser it is; therefore the more energy the pulse emits onto that follicle, causing greater discomfort. When those hairs are zapped, it feels like a bee sting—and you just have to hope there aren’t too many.

@Indi: Has anyone gotten laser hair removal before? I need honest reviews