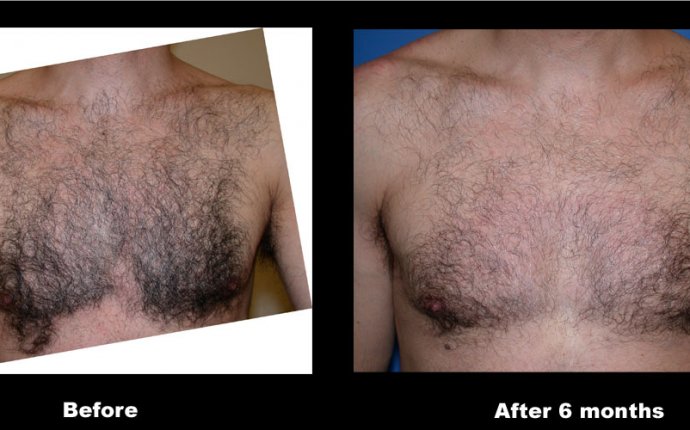 Ever since my super-hip, Israeli mother-in-law told me about the magic of laser hair removal, I knew it was only a matter of time before I dragged my pits to a professional. The hair under my arms is dark, rough, and wiry, but it also grows back so damn fast. So, the idea of no longer having hair under there—and not shaving in the shower every day—was pretty exciting. Obviously, I was more than willing to say goodbye to my relationship with the tedious, labor-intensive razor.

The first thing I did was contact my dermatologist, Dendy Engelman, M.D., of Manhattan Dermatology & Cosmetic Surgery, to find out where I should get this kind of procedure done and what it really involved. To my surprise she said she does laser hair removal right in her office and told me if I chose to go anywhere else to simply make sure it was done by a licensed and trained professional who knows how to properly operate a laser. “You can really get burned and potentially scarred if you go to the wrong person, ” she told me. Yikes!

And what about those at-home devices that are so popular? Engelman said to beware. “They can be effective, but they’re very slow to work and most users report that they’ve stopped using them altogether because they’re too time consuming and painful.” Also, don’t leap for a discounted or super-cheap laser hair removal offer. “Many times when medspas offer laser hair removal and other treatments at unbelievable prices, they don’t have an experienced professional on staff who can safely perform the procedure, ” says Joel Schlessinger, M.D., board certified dermatologist and RealSelf advisor. “This can lead to burns, scars, or serious medical issues.” So to be totally safe, I made an appointment with a professional.

Laser hair removal doesn't work for everyone, but my dark underarm hair and fair skin make the perfect combination.

Laser hair removal involves an intense, pulsating beam of light, aptly named “laser beam, ” which passes through the skin to hit each individual hair follicle. The intense heat from the laser damages the hair follicle, preventing future hair from growing. The best type of hair to laser is dark, coarser hair on the background of lighter skin, Engelman told me. “This way we can set the laser to specifically target the pigment in the base of the bulb, which is the follicle base, but it doesn’t destroy the pigment in the surrounding skin.” Those with darker skin can be at risk for damaging the melanin in their skin, which can cause serious irritation to the skin’s surface. Because of my fair skin color and seriously dark, coarse underarm hair, Engelman said I was an ideal candidate.

Related: Here's Exactly What You Need To Know Before Waxing At Home

But what I really wanted to know: Does it hurt?

Let me preface this with the fact that I’m a giant baby when it comes to anything painful. My pain tolerance is similar to that of a toddler—I’ve been known to burst into tears if I scrape my knee. That’s why one of the first things I asked Engelman was how bad this was going to hurt. “Not bad at all, ” she assured me. Yeah...right. I also asked if there was anything I should do before the appointment. She said it was perfectly fine to shave and treat my underarms normally. The only request she had for me was not to wax, as the hair follicle still needs to be physically there under the skin. And you also don't want the hair to grow out too long because the laser would be more attracted to the hair than the follicle root, meaning it would take much longer and many more sessions to see progress. Additionally, certain medications can affect the outcome of laser hair removal, so it’s important to make sure that your doctor has access to your full medical history as well as any medications you’re taking

Once it was time for my appointment, I was escorted into a tiny little room with a giant, white, super-intimidating machine. While I was waiting, I examined the “laser beam.” It was about four-feet high and two-feet wide. Sticking out of its roof was a long, black tube, which I assumed emitted the laser on to the selected area of skin. Once Engelman came in, she explained exactly what was going to go down.

The entire treatment takes about 30 seconds from start to finish.

And so we began. Engelman lifted my right underarm and placed the black tube on the surface. I felt the cold air and then a tiny zap, which was accompanied by a beep sound from the machine. Not bad at all! It honestly felt like someone pulled a tiny elastic back and snapped it against my skin. Totally harmless. She did about 10 of these zaps, which lasted about 15 seconds, before heading to the other underarm. She repeated the procedure and in just around 30 seconds I was completely done.

Related: I Finally Got A Brazilian Wax And Now I’ll Never Go Back To The Razor

“That’s it?” I asked. “Yep! The newer lasers don’t hurt as bad.” That was great news, because I definitely scared myself into thinking that I would be in pain. My underarms did feel slightly sensitive after, but it was similar to the sensitivity I’d sometimes feel after shaving my armpits. The part I least enjoyed was seeing my sizzling underarm hair. It smelled and looked like burnt hair—kind of gross and not a great beach look. Engelman reassured me that within five to seven days the hair would fall out naturally and that I shouldn’t try to pick or pluck it out. Light exfoliation, like with a loofa in the shower, was totally fine though, and I was free to shave as I pleased.

@Charlotta Pettersson: Summer is right around the corner! Have one less thing to worry about and try our laser hair removal specials all of June!

@Dr. Fine-Legs: So I've been considering laser hair removal but all the internet stuff about it is like "what it is like to laser your vagina" and uh...

@Elisé Farmer: Dear Google, I know you know I'm a 28 year old woman, but could ALL your ads not be about laser hair removal or fertility aids, thanks.