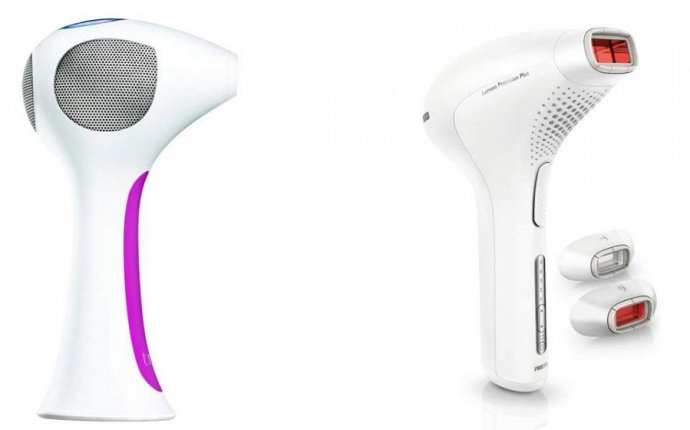 As a woman, nothing bothers me more than my body’s odd habit of growing hair where I don’t want it. What drives me even more nuts than the hair itself is the fact that I have spent so much time and money dealing with the issue.

Like everyone else, I’ve just accepted that shaving my legs, bikini area and armpits is simply a fact of life. My big problem, though, is that my upper lip appears to have been transplanted from a lumberjack – the hair growth there is rapid and disgusting. After spending a fortune looking for a solution, I decided to give the Tria Hair Removal Laser System a try. Here’s what happened.

The Tria Beauty Company has a Solid Reputation

Before I spend a decent amount of money on a beauty product, I always take time to investigate the company behind it. If you are older than 15, you’ve undoubtedly tried various expensive beauty products only to find they didn’t work and were being sold by some company run out of a post office box in Boca Raton, Florida. The Tria Beauty Laser Hair Removal System costs more than $400, so some investigation and a detailed review seemed justified.

I found that the company, Tria Beauty, actually exists. Tria was started in 2003 by Tobin Island, a Stanford graduate who is one of three people credited with inventing the first home hair removal laser. The company has multiple patents for its laser technology and appears to be a leader in the field. In short, it’s a real company started by a real person – a graduate of Stanford, no less. I wonder if he is married…but I digress.

So, just what is this hair removal device? The Tria Laser Hair removal Laser 4X is pretty much exactly what the name suggests – a laser for zapping unwanted hair on your body. The Tria works by applying a laser tip directly to the skin. When activated, it sends brief pulses of energy directly into the hair follicles under the tip of the device.

The Tria device uses a diode laser, the same tool used in dermatologists’ offices, to zap the follicles of the hairs you target. When you apply the laser tip to an area of the skin, it sends pulses of energy down into the follicles. The energy targets the melanin at the base of the follicle, deactivating the hair so it no longer grows. The pulse is strong enough to impact hair growth, but not strong enough to damage the surrounding skin. The laser is built into a device I can only describe as looking like a hair dryer. With the Tria, however, there is no nozzle for hot air to come out. Instead, the nozzle is replaced by a cone which tapers down to a flat point roughly the size of a penny. This is where laser pulses leave the device, hitting the area of skin you want to treat.

You probably know (or could guess) that there are a few million beauty products claiming to produce just about any result you could hope for. You probably also know that unless the product has been tested and approved by the FDA, the promises are as likely to be kept as those made by the charming, cute guy at your best friend’s wedding reception.

That is why I was pleased to see that, unlike some products supposedly “certified” by some agency you’ve never heard of (and which may not even exist), the Tria is certified by the United States Food and Drug Administration. In 2008, the FDA approved the Tria hair removal laser as the only certified over-the-counter laser hair removal product available in the United States.

In 2009, the Agency gave further clearance to the same 4X product I tried in this test. In granting the certification, the FDA reported:

The FDA certification was enough to entice me, so I purchased the Tria Beauty Laser Hair Removal System to see if it could solve my lip hair problem once and for all. While I was at it, I wanted to try it on the usual spots where we all need to remove hair – the bikini line, legs and underarms. Here’s how things went.

I ordered the Tria Laser 4X online without any problem. When the product arrived, it came in nice white packaging, roughly 10 inches high by a couple of inches in diameter and in good shape. Opening the box, I found the laser pre-assembled with a short set of instructions. Batteries were included with my order, which made things convenient. I’m not the most technologically advanced person in the world, so I was really happy to find the Tria Laser is very easy to use, and the included instructions were precise and correct.

The goal when you use the Tria is to create an overlapping pattern of circular pulses on the desired area. Think of your skin as a piece of paper and a drinking glass as the laser. The process is like dipping the glass into water and setting it down on the paper, making a circular mark – then picking up the glass and setting it down again so that the second mark overlaps the first and extends out into a fresh section of the paper – and so on. At the end of the process, the paper would be covered completely by overlapping circles, just as the treated area of your skin will be “covered” by the overlapping circles of the laser pulses.

Tria recommends the following number of pulses for particular parts of the body: